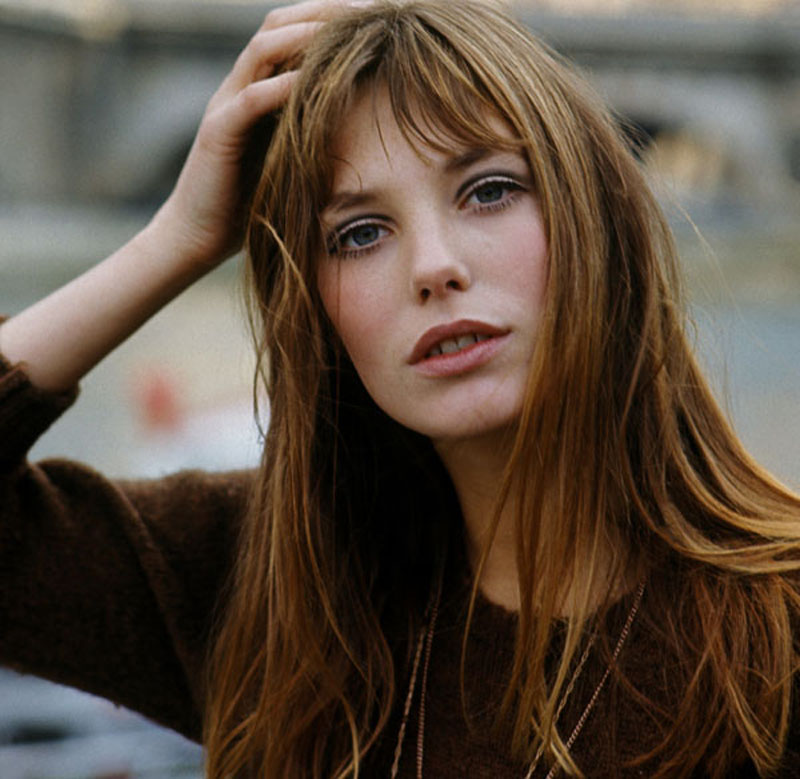 I keep seeing these terms over and over again attached to photographs and fashion blogs attributed to one person: Jane Birkin.

There are very few people who fit those descriptions more than Jane Birkin, the English girl who came to Paris unable to speak a word of French, fell in love and married one of their greatest cultural icons, and continued to become a fashion inspiration of her own and a symbol of free love in 1960s Paris.

‘I was very boring. I got married. I had a baby at 19, I went to France, fell in love with the main actor, Serge – very conventional. We stayed together for 13 years, then I walked out – that’s conventional too.’

Here we are in the now of 2017 and her free-living, Parisian fashion stylings still seem as fresh and inspiring today as they were almost 50 years ago when these photographs were taken. A lot of what I really love about her style is how simple, effortless, and timeless it is. Take this example. Jane is often photographed wearing just simple jeans, a plain white shirt and a pair of Chucks. It’s a casual and relaxed combination of clothing items you can find in just about every woman’s closet. The men’s shirt and wide belt? Love it.

Hang on, is that an Angry Bird dangling from her front jeans pocket??? That wide belt also works with short shorts, as seen here in this photograph of Jane Birkin and hubby Serge Gainsbourg. Here she is running around town with Serge, wearing a slightly dressier pair of dark shorts and dark jacket, carrying her belongings in that traditional Portuguese fishing basket that she’s almost never seen without. I really love this image. Just perfect. Again in jeans and a white tee. Always nonchalantly chic, like there’s not a care in the world. Never mind that she’s about to spill the contents of that basket all over the street! When did she start carrying that basket, anyway? Here again is Jane Birkin in a very adorable, chic gingham skirt, toting around the basket in her 1969 film La Piscine. Speaking of gingham, don’t you just love this dress she wore in that film? It’s so simple and minimalist.

I think that it’s somewhat ironic that although I adore Jane Birkin for her simple minimal fashion sense, the most famous fashion accessory to bear her name is a Hermes luxury handbag costing in excess of ten grand?

The story goes, was that sometime in the 1980s, she was boarding an airplane when she spilled the contents of her bag as she tried to stow it up in the baggage compartment. Her fellow passenger on that flight happened to be the CEO of Hermes, and they began collaborating on a design that would suit her needs. I’m not exactly sure what bag she regularly uses these days, perhaps she’s gone back to toting a simple basket around town. Now in her 70s, she’s still often seen wearing more or less the same outfit that makes her most comfortable: white t-shirt, a pair of jeans, and sneakers. Some things are truly timeless, just as the lady herself.